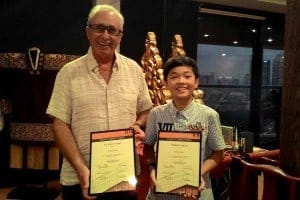 Josh and his family were guests at Jack’s New Zealand summer house in January 2015, and Josh and his brother Oscar – a very talented violinist – performed at a charity concert in Gisborne.