A recital in Gisborne on the 3rd July 2022 by pianist Tony Chen Lin and bassoonist Long Nguyen:

Jack Richards is an active supporter of musical and cultural initiatives and activities in New Zealand. In 2014 he received the prestigious Award for Patronage 2014, by the Arts Foundation of New Zealand, acknowledging his support for music and the arts.

Past and current support includes;

The reasoning behind my decision to close down the Jack C Richards Decorative Arts Gallery at The Tairāwhiti Museum, Gisborne

On 23 December 2011 the Museum and I signed an agreement that the museum trust would build an extension, to be known as ‘the Richards Gallery’ to be funded by Jack Richards at a cost of some $350,000.

“The museum may exhibit items other than Jack Richards collection for up to four months each year in the general exhibition component of the gallery”.

Many of the items in the Jack C Richards Decorative Arts collection are now available to view on eHive.

Sponsored Activities in Support of Music and the Arts 2021

In May Dr. Richards spoke at an event to mark the restoration of a pipe organ built by Dr. Richards’ uncle William Croft, at St Andrew’s Church, Wellington.

For a note on the organ building company founded by Jack’s grandfather, please read on:

Activities in Support of Musicians

Dr. Richards was active in support of musicians and cultural activities in 2020. Primary among these activities were:

A series of house concerts were also organized at Tiromoana in Gisborne:

Support for other cultural activities included:

Please support artists in their hour of need

In an interview with Radio New Zealand, Dr Richards spoke about how he first became involved in sponsoring the arts, and stressed the importance of supporting artists.

Listen to the full interview here.

Dr Richards is sponsoring the following concerts to be held in the Tairawhiti Museum in 2020.

Dr. Richards is patron of the Gisborne International Music Competition, an annual competition for players of orchestral instruments.

2019 was the 30th anniversary of the competition, which featured outstanding young musicians from New Zealand, Australia, the US and Singapore.

Concerts in support of the Gisborne International Music Competition 2019/2020

Dr. Richards sponsored a number of fundraising concerts over the New Zealand summer.

Professor at the top of his game 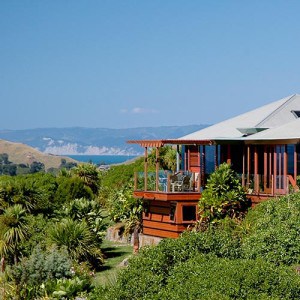 Gisborne’s Professor Jack Richards has been named one of the 50 most influential language teaching specialists in the world — and the only Kiwi. Reporter Kim Parkinson meets the man known for his generosity in supporting the arts, at his summer home Tiromoana in Okitu.

Read the rest of the Gisborne Herald article here.

Pianist Lixin Zhang from Christchurch New Zealand has launched his new CD  – Play – with the support of Professor Richards.

It’s been recently announced that Play has recently taken the number one spot on the RNZ Classical Chart. Congratulations Lixin!

Follow this link to buy his CD from RATTLE Records.

The CD was launched at a reception at Jack’s Wellington apartment on April 7 2018. 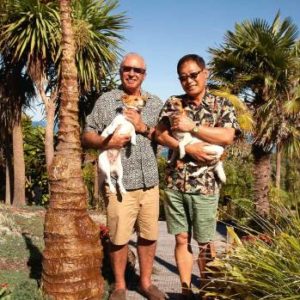 There comes a time in a well-travelled person’s life when the siren song of home becomes more insistent.

For many years, Jack Richards, a professor of linguistics, and his partner, Won Gyu Moon, divided their time between international work commitments, and their homes in Sydney and Korea. Richards’ frenetic schedule of lecturing, writing and touring made breaks in his home town of Gisborne all the more precious…

The article is available online here: Gisborne’s Garden Over the Sea: A Sanctuary for Nature and Art